LIGO’s optical components quietly reside in a colossal vacuum chamber encompassing 10,000 cubic meters (353,000 cubic feet), with an air pressure of 10-9 torr, or one-trillionth of an atmosphere.

Creating and maintaining this vacuum is absolutely essential to LIGO’s operation. LIGO's vacuum environment prevents sound waves from causing vibrations on the mirrors (sound cannot travel through a vacuum). In addition, operating in a vacuum prevents temperature variations from occurring inside the tubes--variations that would alter the shape LIGO’s optics enough to destroy the quality of the laser beam, which carries the secrets of gravitational wave sources. Any air currents within the tubes would also cause the laser to refract making gravitational-wave detection impossible. All of these pesky noise sources can be eliminated by operating in a vacuum.

It took 1100 hours (40 days) of constant pump-down to evacuate LIGO's vacuum tubes to their ideal operating pressure. In that time, turbo-pump (jet) vacuums removed the bulk of the air in the tubes, while the tubes themselves were heated to 150-170 degrees C for 30 days to drive out residual gases and moisture. 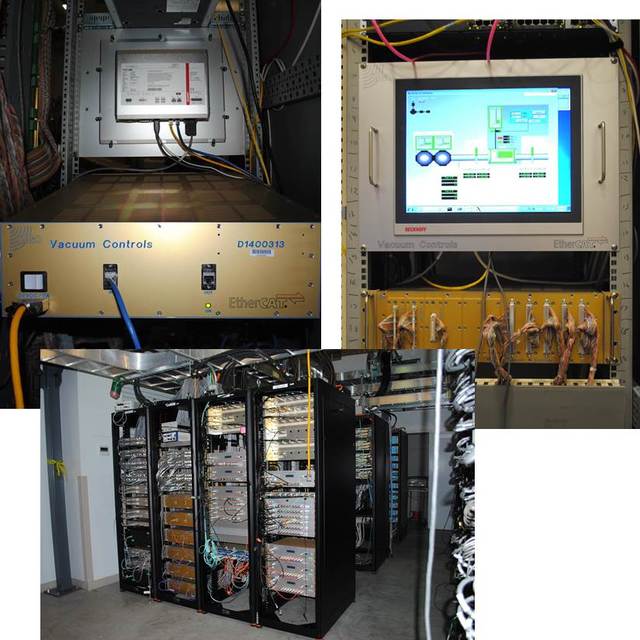 LIGO's vacuum system is controlled and monitored by multiple levels of sophisticated computing systems. The lower image shows the numerous racks of measurement equipment that monitor the buildings that house the vacuum systems, cryopumps, and ion pumps (among other things).

Achieving the vacuum is one feat. Maintaining it at this level requires sophisticated monitors and controls, as well as continuous operation of ion pumps that extract molecules outgassing from the tubes and other structures and components that live inside the vacuum systems. Stray water molecules are also removed by continuously operating liquid nitrogen cryopumps; the water molecules stick to them.

LIGO’s vacuum tubes were constructed of spiral-welded 304L stainless steel. With its relatively low carbon content, 304L steel is resistant to corrosion, especially at the welded seams. It takes time to make tubes as large as LIGO's, and in the process of their manufacture in the 1990's, rust actually grew on their interiors. This meant that when the tubes were installed at LIGO, their insides needed to be meticulously polished and cleaned to remove the rust and significantly reduce the chances that steel-oxide flakes would end up in the vacuum system and fall through the laser beam or migrate onto mirrors or other optical surfaces, the latter being potentially disastrous to LIGO’s mission.

LIGO's arms are long enough that the curvature of the Earth itself was a complicating factor when installing the vacuum tubes. It wasn’t enough for LIGO’s civil engineers to smooth a level path and assemble each arm’s tubes in a straight line. To ensure a perfectly level beam path, the Earth’s curvature (more than a vertical meter over the length of each arm) was countered by GPS-assisted earth-moving and high-precision concrete work. Reinforced concrete floors 75 cm thick under the interferometers minimize leak-through of seismic vibrations. These floors are separated from slabs that support labs and offices, and from footings that hold the vertical framing. Each of these levels of engineering was designed to support the path and stability of LIGO’s laser beam as it passes through the interferometer and to keep the entire instrument as noise-free as possible. 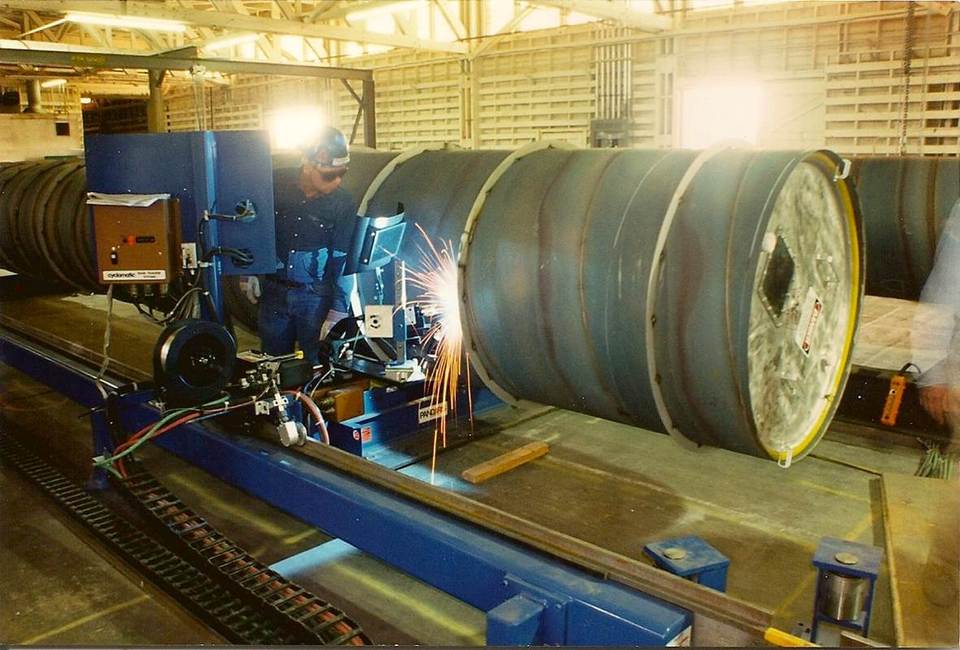 A segment of LIGO’s beam tube being assembled. Support rings are welded to the spiral-welded tube to greatly increase the structural integrity of the 3 mm thick steel. (Caltech/MIT/LIGO Lab) 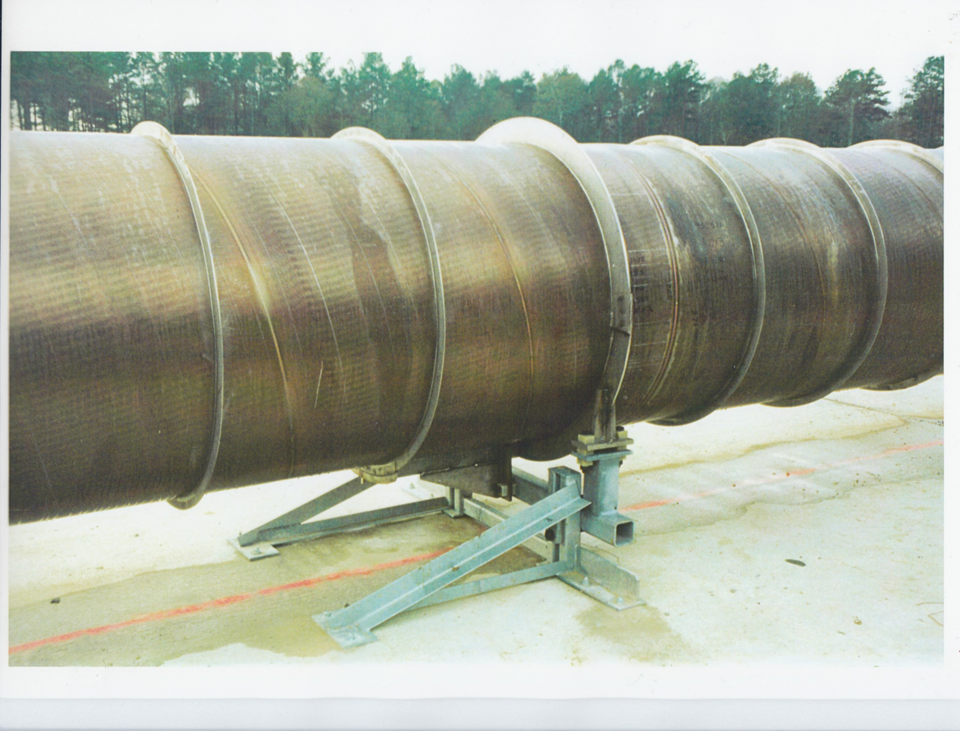 The 1.2 m diameter beam tubes were created in 20-meter segments. Each one was made of a continuous ribbon of flat steel a mere 3 mm thick, welded into a cylinder resembling a paper towel tube. While a mathematically perfect cylinder will not collapse, small imperfections in a real tube could cause it to buckle under the enormous weight of the Earth's atmosphere. A crushed vacuum tube would be catastrophic, so LIGO's tubes are supported with stiffener rings that provide significant resistance to buckling. The tubes must withstand these stresses for at least 20 years. So far, they have stood the test of time.