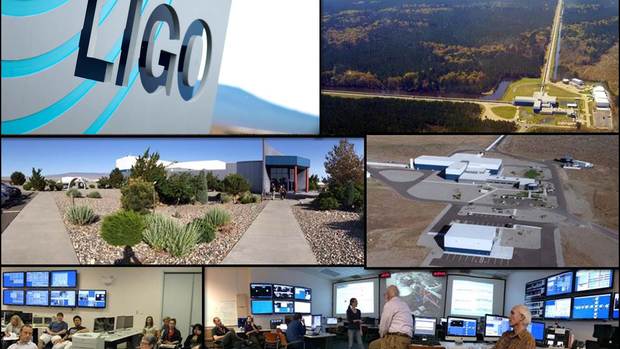 LIGO is a national facility for gravitational-wave research providing opportunities for the broader scientific community to participate in detector development, observation, and data analysis. LIGO's original instrument, a largely 'proof of concept' model dubbed "Initial LIGO", engaged in "science observations" from 2002 to 2010. No detections were made in that time, but enormous strides in detector engineering were achieved as a result of what was learned during that initial run. 2010 marked the end of the Initial LIGO project, and as planned, between 2010 and 2014, both interferometers were completely overhauled to incorporate much more sophisticated engineering. This "Advanced LIGO" project successfully improved the capabilities of the detectors, and within days of turning on the new and improved instruments, LIGO made its first detection of gravitational waves, generated by a pair of colliding black holes some 1.3 billion light years away. Since that historic day, LIGO's engineers have continued to improve the detectors' sensitivities. The success of these improvements is evidenced by the many more gravitational wave detections that have since been made. Ultimately, with continued refinement and upgrading, Advanced LIGO's detectors will achieve a sensitivity 10 times greater than Initial LIGO, bringing 1000 times more galaxies into LIGO's observational range.

The responsibilities of LIGO Laboratory, comprising Caltech, MIT, LIGO Hanford, and LIGO Livingston, include operating the LIGO detectors, research and development aimed at further improving the capabilities of LIGO's detectors, research in the fundamental physics of gravitation, astronomy, and astrophysics, and public education and outreach. LIGO is funded by the U.S. National Science Foundation and operated by the California Institute of Technology (Caltech) and the Massachusetts Institute of Technology (MIT).

Click on the links on the left or below to learn more about LIGO.