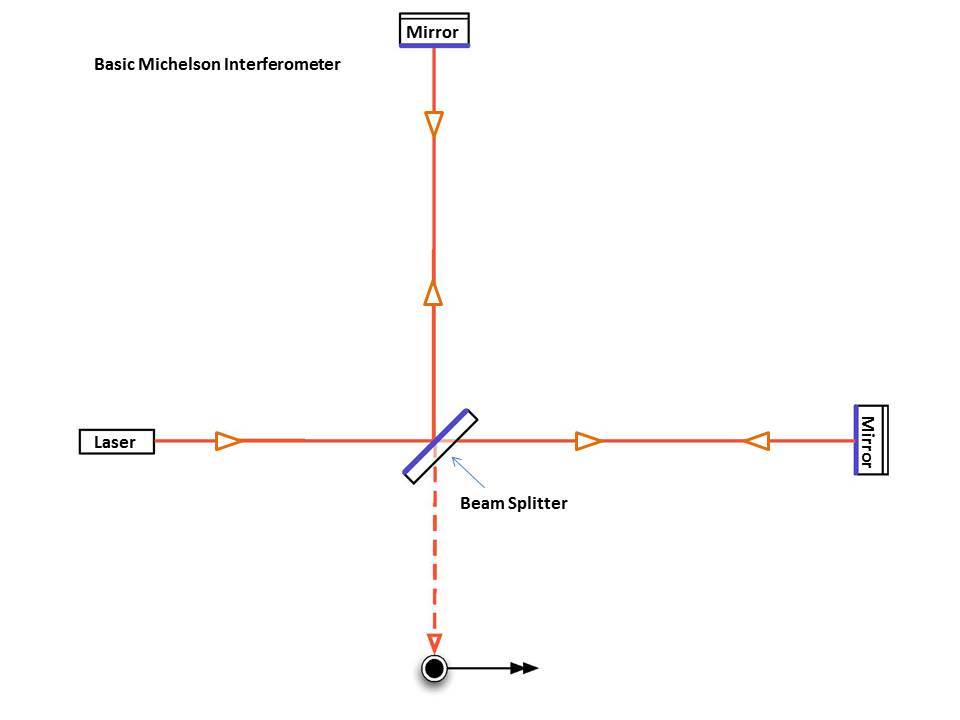 Layout of a basic Michelson interferometer. 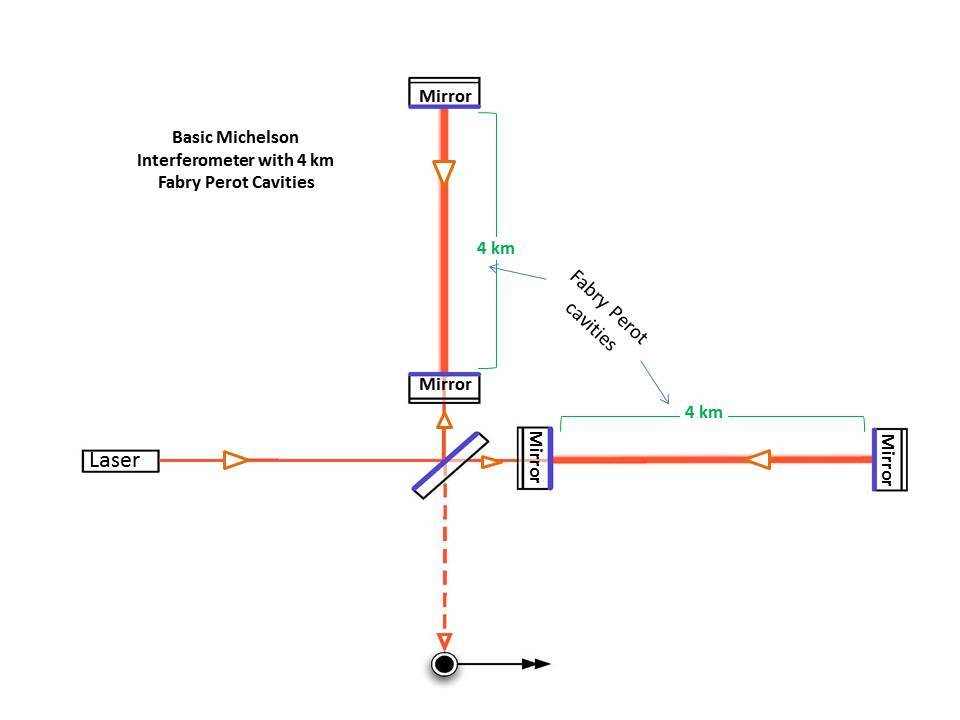 Basic Michelson interferometer with Fabry Perot cavities. Additional mirrors are inserted near the beam splitter to facilitate multiple reflections of the laser, containing it within the interferometer and increasing the distance traveled by the beams. This greatly increases LIGO's sensitivity to the smallest changes in arm length. 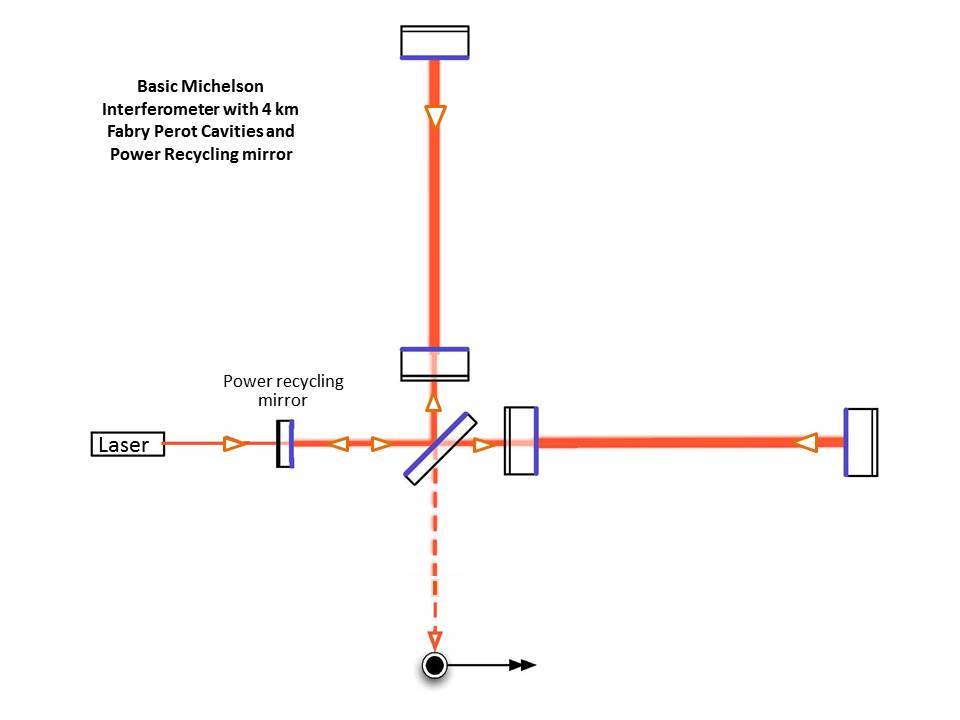 Basic Michelson with Fabry Perot cavities and Power Recycling mirror. LIGO's interferometers actually use multiple power recycling mirrors but for simplicity only one is shown in the diagram.

Not Quite There Yet!

Two other modifications make LIGO's interferometers unique and able to make the world's smallest measurements. First, they also possess 'signal recycling' mirrors, which, like power recycling, enhance the signal that is received by the photodetector. And second, LIGO's interferometers were constructed with extraordinary mechanisms to damp out unwanted vibrations (noise) making it easier for scientists to weed out vibrations caused by gravitational waves. LIGO's seismic isolation system is discussed in much greater detail in LIGO Technology.