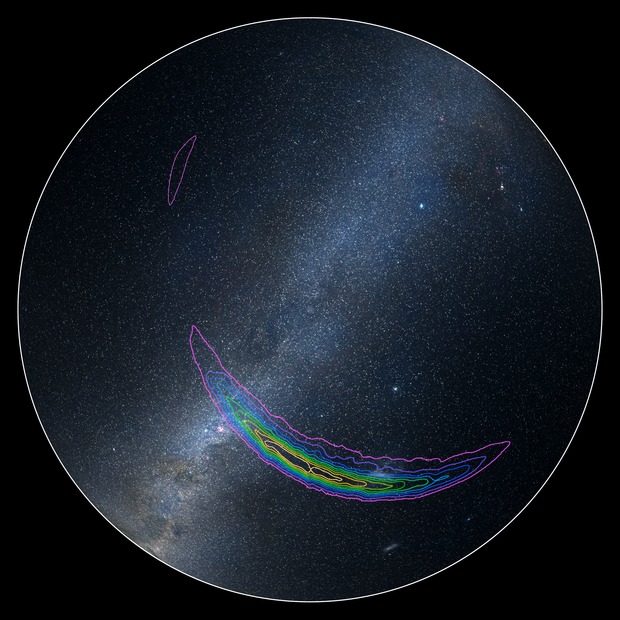 Where the Gravitational Waves Came From

The approximate location of the source of gravitational waves detected on September 14, 2015, by the twin LIGO facilities is shown on this sky map of the southern hemisphere. The colored lines represent different probabilities for where the signal originated: the purple line defines the region where the signal is predicted to have come from with a 90 percent confidence level; the inner yellow line defines the target region at a 10 percent confidence level.

The gravitational waves were produced by a pair of merging black holes located 1.3 billion light-years away.

Researchers were able to home in on the location of the gravitational-wave source using data from the LIGO observatories in Livingston, Louisiana, and Hanford, Washington. The gravitational waves arrived at Livingston 7 milliseconds before arriving at Hanford. This time delay revealed a particular slice of sky, or ring, from which the signal must have arisen. Further analysis of the varying signal strength at both detectors ruled out portions of the ring, leaving the remaining patch shown on this map.

In the future, when additional gravitational-wave detectors are up and running, scientists will be able to pinpoint more precisely the locations and sources of signals.