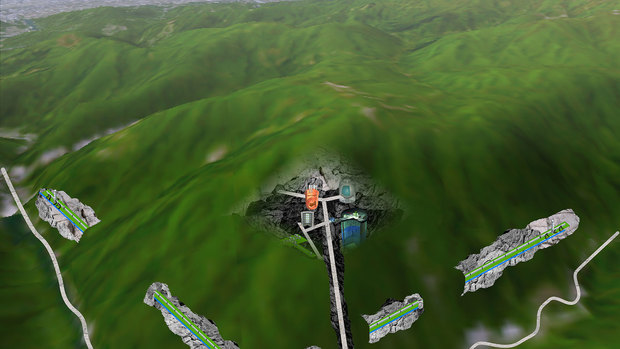 An illustration of the underground KAGRA gravitational-wave detector in Japan. Image credit: ICRR, Univ. of Tokyo.

KAGRA to Join LIGO and Virgo in Hunt for Gravitational Waves

Japan's Kamioka Gravitational-Wave Detector (KAGRA) will soon team up with the National Science Foundation's Laser Interferometer Gravitational-Wave Observatory (LIGO) and Europe's Virgo in the search for subtle shakings of space and time known as gravitational waves. Representatives for the three observatories signed a memorandum of agreement (MOA) about their collaborative efforts today, October 4. The agreement includes plans for joint observations and data sharing.

"This is a great example of international scientific cooperation," says Caltech's David Reitze, executive director of the LIGO Laboratory. "Having KAGRA join our network of gravitational-wave observatories will significantly enhance the science in the coming decade."

"At present, KAGRA is in the commissioning phase, after the completion of its detector construction this spring. We are looking forward to joining the network of gravitational-wave observations later this year," says Takaaki Kajita, principal investigator of the KAGRA project and co-winner of the 2015 Nobel Prize in Physics. 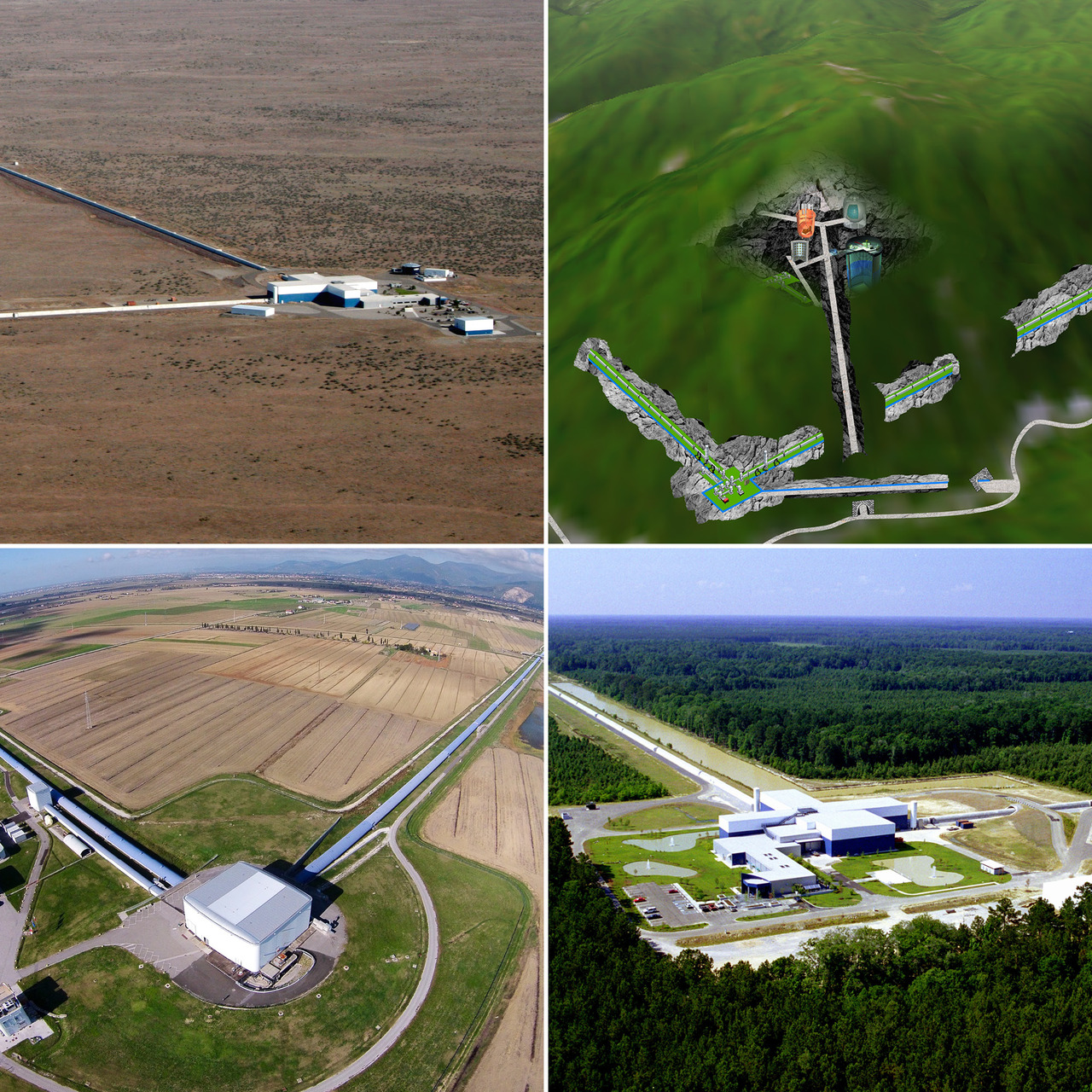 In 2015, the twin detectors of LIGO, one in Washington and the other in Louisiana, made history by making the first direct detection of gravitational waves, a discovery that earned three of the project's founders—Barry Barish and Kip Thorne of Caltech and Rainer Weiss of MIT—the 2017 Nobel Prize in Physics. Since then, LIGO and its partner Virgo have identified more than 30 likely detections of gravitational waves, mostly from colliding black holes.

"The more detectors we have in the global gravitational-wave network, the more accurately we can localize the gravitational-wave signals on the sky, and the better we can determine the underlying nature of cataclysmic events that produced the signals." says Reitze.

For instance, in 2017, Virgo and the two LIGO detectors were able together to localize a merger of two neutron stars to a patch of sky about 30 square degrees in size, or less than 0.1 percent of the sky. This was a small enough patch to enable ground-based and space telescopes to pinpoint the galaxy that hosted the collision and observe its explosive aftermath in light.

"These findings amounted to the first time a cosmic event had been observed in both gravitational waves and light and gave astronomers a first-of-its kind look at the spectacular smashup of neutron stars," says Virgo Collaboration spokesperson Jo van den Brand of Nikhef (the Dutch National Institute for Subatomic Physics) and Maastricht University in the Netherlands.

With KAGRA joining the network, these gravitational-wave events will eventually be narrowed down to patches of sky that are only about 10 square degrees, greatly enhancing the ability of light-based telescopes to carry out follow-up observations. For its initial run, KAGRA will operate at sensitivities that are likely too low to detect gravitational waves, but with time, as the performance of the instrumentation is improved, it will reach sensitivities high enough to hunt for gravitational waves.

Having a fourth detector will also increase the overall detection rate, helping scientists to probe and understand some of the most energetic events in the universe.

KAGRA is expected to come online for the first time in December of this year, joining the third observing run of LIGO and Virgo, which began on April 1, 2019. The Japanese detector will pioneer two new approaches to gravitational-wave searches. It will be the first kilometer-scale gravitational-wave observatory to operate underground, which will dampen unwanted noise from winds and seismic activity; and it will be the first to use cryogenically chilled mirrors, a technique that cuts down on thermal noise.

"These features could supply a very important direction for the future of gravitational-wave detectors with much higher sensitivities. Therefore, we should make every effort, for the global gravitational-wave community, to prove that the underground site and the cryogenic mirrors are useful," says Kajita.

The new MOA also includes the German-British GEO600 detector. Although GEO600 is not sensitive enough to detect gravitational-wave signals from distant black hole and neutron star collisions, it has been important for testing new technologies that will be key for improving future detectors. In addition, LIGO India is expected to join the network of observatories in 2025, signifying the beginning of a truly global effort to catch ripples in the fabric of space and time.

LIGO is funded by NSF and operated by Caltech and MIT, which conceived of LIGO and lead the project. Financial support for the Advanced LIGO project was led by the NSF with Germany (Max Planck Society), the U.K. (Science and Technology Facilities Council) and Australia (Australian Research Council-OzGrav) making significant commitments and contributions to the project. Approximately 1,300 scientists from around the world participate in the effort through the LIGO Scientific Collaboration, which includes the GEO Collaboration. A list of additional partners is available at https://my.ligo.org/census.php.

The Virgo Collaboration is currently composed of approximately 480 scientists, engineers, and technicians from about 96 institutes from Belgium, France, Germany, Hungary, Italy, the Netherlands, Poland, and Spain. The European Gravitational Observatory (EGO) hosts the Virgo detector near Pisa in Italy, and is funded by Centre National de la Recherche Scientifique (CNRS) in France, the Istituto Nazionale di Fisica Nucleare (INFN) in Italy, and Nikhef in the Netherlands. A list of the Virgo Collaboration members can be found at http://public.virgo-gw.eu/the-virgo-collaboration/. More information is available on the Virgo website at http://www.virgo-gw.eu.

The KAGRA project is supported by MEXT (Ministry of Education, Culture, Sports, Science, and Technology-Japan). KAGRA is hosted by the Institute for Cosmic Ray Research (ICRR), the University of Tokyo, and co-hosted by High Energy Accelerator Research Organization (KEK) and the National Astronomical Observatory of Japan (NAOJ). The KAGRA collaboration is composed of more than 360 individuals from more than 100 institutions from 15 countries/regions. The list of collaborators' affiliations is available at http://gwwiki.icrr.u-tokyo.ac.jp/JGWwiki/KAGRA/KSC#KAGRAcollaborators. More information is available on the KAGRA website at https://gwcenter.icrr.u-tokyo.ac.jp/en/.