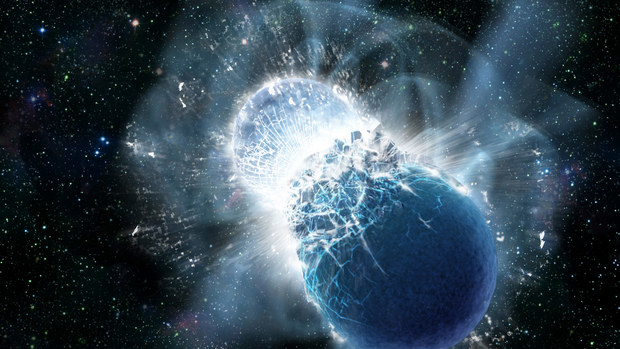 Today LIGO commemorates the one-year anniversary of its most important discovery to-date: The detection of a merging pair of neutron stars, aka a BNS (binary neutron star) merger.

After a 130 million year journey, the gravitational waves generated by these exotic stars arrived at LIGO’s Hanford and Livingston detectors in the United States, and the Virgo detector in Italy on August 17th, 2017. Dubbed a ‘kilonova’ (a term coined in 2010 in a paper wherein it was theorized that a pair of merging neutron stars would emit light about 1000 times brighter than a classical nova), the detection also led to a massive explosion of multimessenger astronomy results gathered by astronomers from all around the globe. LIGO announced the discovery to the world with papers published on October 16th.

How important was this detection? Well, on the day of the announcement, 84 scientific papers were published about it. 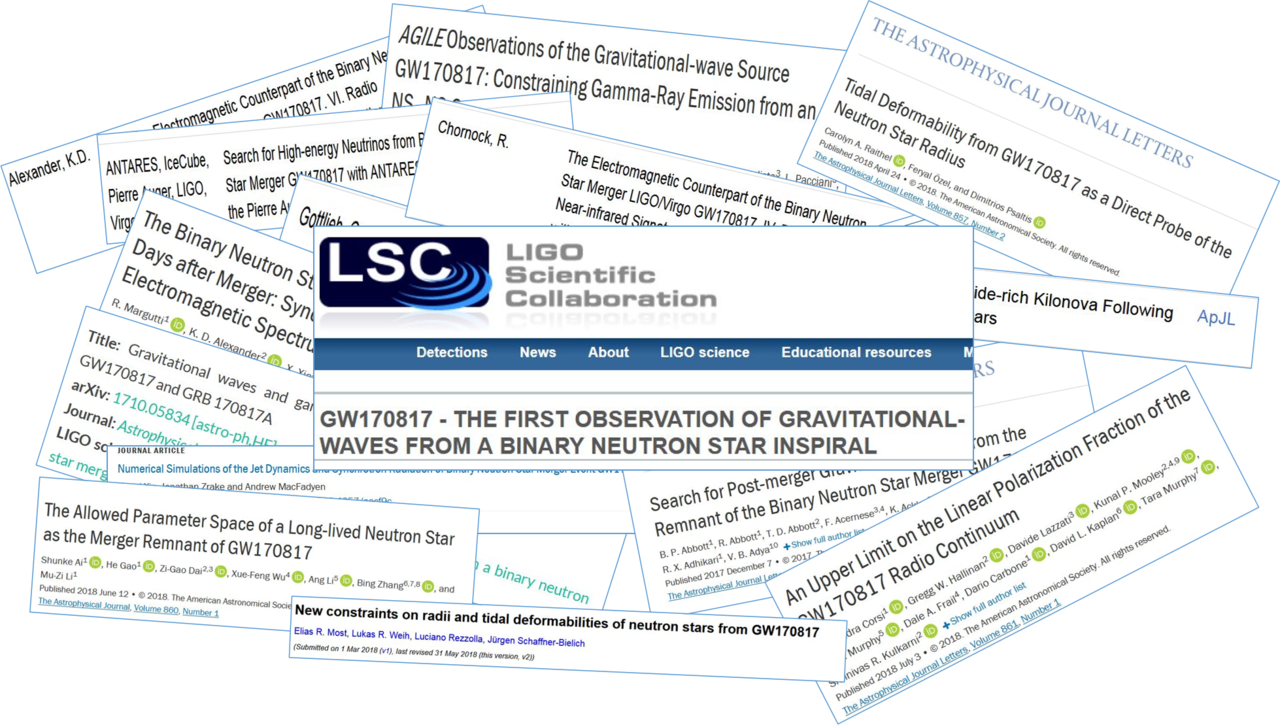 Today, an internet search for “GW170817” will yield over 110,000 results, all related to this one event that captured the world scientific community’s attention (incidentally, a search for “GW150914”, LIGO’s first detection, yields a mere 80,000 hits).

What immediately followed the detection, and what continues to this day, is a level of scrutiny never before witnessed in the annals of scientific study.

Why all the Excitement?

Up until that day in August, LIGO’s detections had all been gravitational waves caused by merging black holes. While there’s no doubt that those discoveries have been monumental, the scope and magnitude of this discovery would prove unprecedented. The LIGO and Virgo detection has become probably the most widely studied astronomical event in human history. Within days, this object was being examined by nearly one-third of the world’s electromagnetic (EM) astronomers. The fact that EM astronomers were able to observe the phenomenon alongside GW astronomers is what truly elevated this event to history-making levels. LIGO’s previous detections of merging black holes did not result in such widespread study because, by their very nature, black holes are believed not to emit electromagnetic waves (i.e., light of any wavelength). No amount of searching by astronomers using telescopes designed to observe EM radiation has revealed anything. Only gravitational wave observatories like LIGO and Virgo can ‘observe’ black holes colliding.

Neutron stars are different, however. Unlike black holes, neutron stars are made up of actual matter, including copious amounts of neutrons (hence their moniker), and when you accelerate or slam matter together you get electromagnetic radiation (again, not something one expects to detect from colliding black holes). 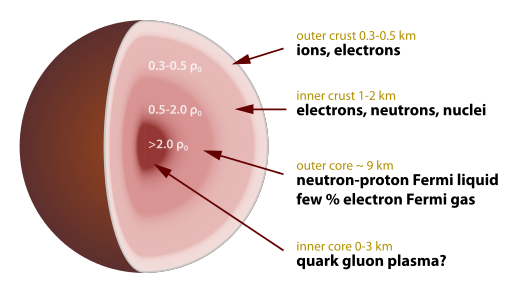 But like black holes, neutron stars are massive and compact enough to generate gravitational waves when they collide. This combination of properties (material composition and density) means that colliding neutron stars can emit both gravitational waves AND electromagnetic radiation: “light” in all its forms from gamma rays to radio waves. In fact, it was a burst of gamma rays, arriving 1.7 seconds after the gravitational waves, which alerted the broader astronomical community to something truly extraordinary and led to an unprecedented global effort to study the phenomenon.

Time-lapse video of all the observations of GW170817 that occurred around the world in the days following the event. Credit: The GROWTH Project Collaboration, NSF PIRE 1545949

What have we learned?

What immediately followed the detection, and what continues to this day, is a level of scrutiny never before witnessed in the annals of scientific study. So what have we learned (so far)? Below is a very short list of just some of the amazing outcomes and discoveries resulting from the worldwide effort to study this remarkable event. 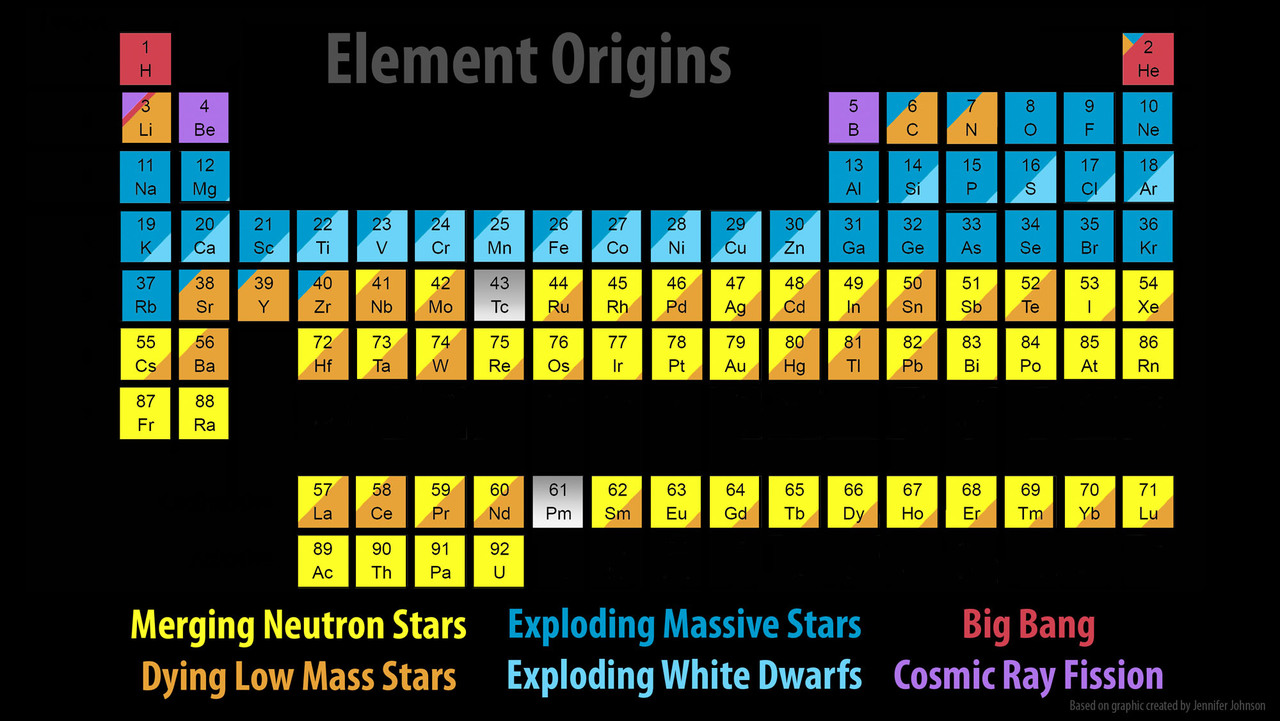 Re-writing the origin of the elements. In recent decades, astronomers have come to realize that the typical explanation for the origin of elements heavier than iron in the periodic table was not robust enough to explain the quantities of these elements we actually observe in the universe. Thanks to GW170817, we now know with great confidence that these elements (including gold and platinum) were generated during and after neutron star collisions. Credit: Jennifer Johnson/SDSS 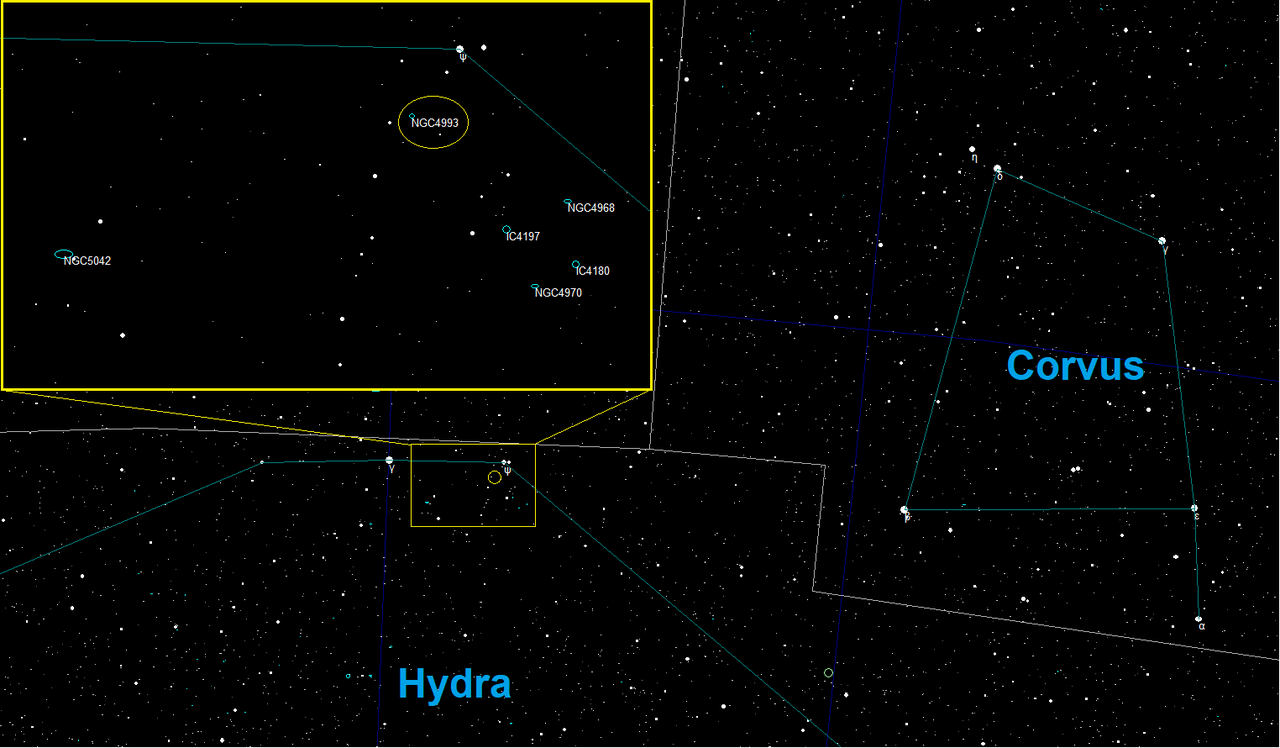 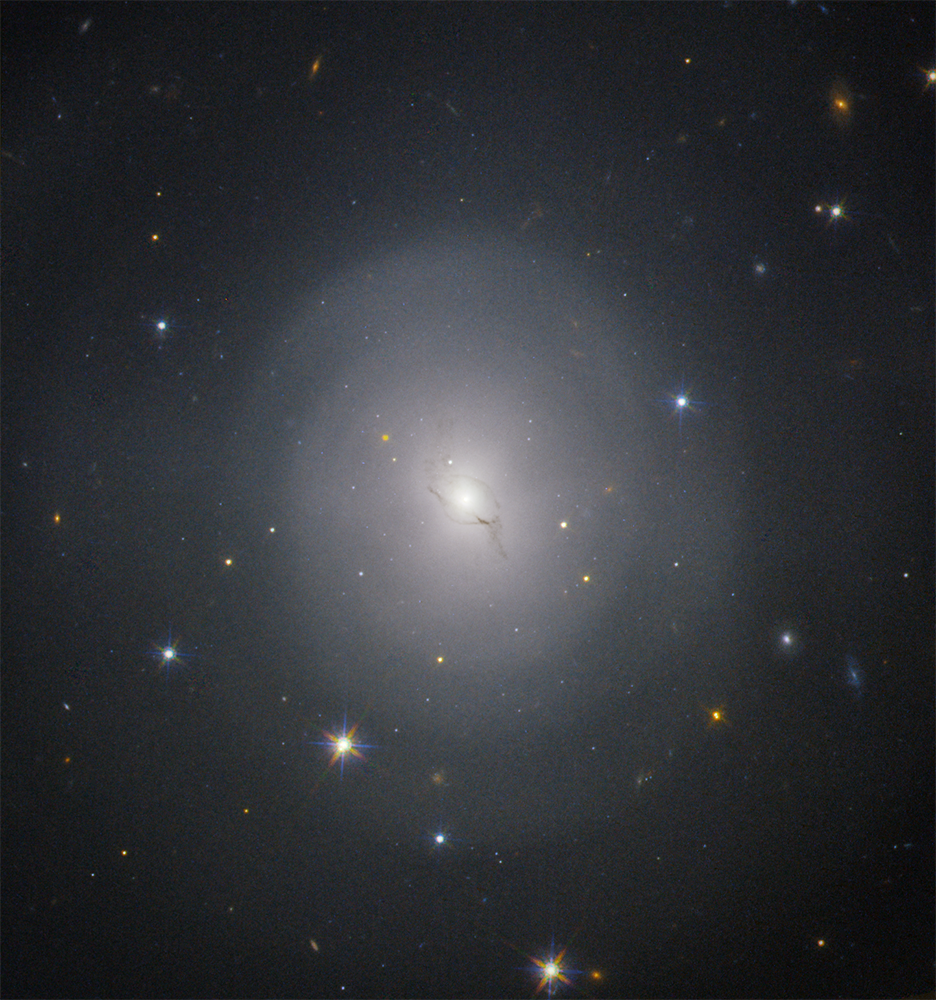 NGC4993, the galaxy that played host to the first binary neutron star merger ever detected by human beings. The galaxy is 130 million light years away from the Earth. Credit: ESA/Hubble

There’s so much more to learn about this event from further observations and through deeper study of existing observational data. Though no longer visible to optical astronomers, today, X-ray and radio astronomers are still observing the object as it evolves, and still learning about what has resulted from the collision. Doubtless, astronomers will continue to observe this object for years to come. Who knows what secrets it has yet to reveal?

Multimessenger astronomy: Multimessenger astronomy refers to the fact that astronomers can potentially observe some events by the electromagnetic radiation (light) they emit, the gravitational waves they emit, and the particles (neutrinos or cosmic rays) they emit or generate. Each of these 'messengers' is created by a different astrophysical process, therefore revealing different information about the same source.