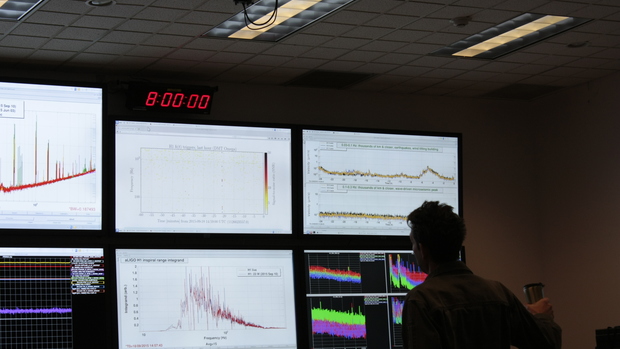 The Newest Search for Gravitational Waves has Begun

On, Friday, September 18th 2015, the first official 'observing run' (O1) of LIGO's advanced detectors in Hanford WA and Livingston LA quietly began when the clock struck 8 a.m. Pacific time. While this date marks the official start of data collection, both interferometers have been operating in engineering mode collecting data for some weeks already as technicians, scientists, and engineers worked to refine the instrument to prepare it for official data-collection duties. What IS different about today is the scope of the search for gravitational waves. Today, the broader astronomical community has been added to the team. From now on, LIGO will be able to notify any number of 74 astronomical observatories around the world who have agreed to, at a moment's notice, point their telescopes to the sky in search of light signals corresponding to possible gravitational wave detections.

For some who work here, the start of O1 is just another day at the office. Nevertheless, it is still a day to celebrate as it comes after a grueling 5-year complete redesign and rebuild of the two interferometers; work performed by hundreds of skilled technicians and engineers at Hanford, Livingston, Caltech, and MIT. LIGO staff are excited about this new phase in LIGO's mission.

"It is incredibly exciting — and satisfying — to see the planning, designing, building, testing, installing, and commissioning of Advanced LIGO come together so successfully. Kudos to the whole team!", said Dr. David Shoemaker, Director of the MIT LIGO Laboratory.

LIGO Laboratory Chief Engineer, Dennis Coyne added, "It is deeply satisfying to realize that the hard work of so many talented scientists and engineers has finally come to fruition after two decades of concerted effort. I hope that nature rewards us!"

LIGO's detectors are searching for gravitational waves emanating from the depths of space. Gravitational waves are the evanescent vibrations of space-time generated by some of the most violent explosions and events occurring in the Universe; events like supernovae (exploding stars) and the collision and merger of black holes and neutron stars (the remnants of massive stars after their thermonuclear deaths).

These events are so cataclysmic that when they occur, they cause the very fabric of space itself to vibrate like a drum. The waves of rippling space-time emanate in every direction, traveling at the speed of light, physically distorting everything in their paths. But the farther they travel from their source, the smaller and smaller the ripples become until, by the time they reach the Earth, the spatial distortion caused by the waves is on the order of a billionth the diameter of an atom! This unimaginably small movement is what LIGO’s detectors are designed to sense. 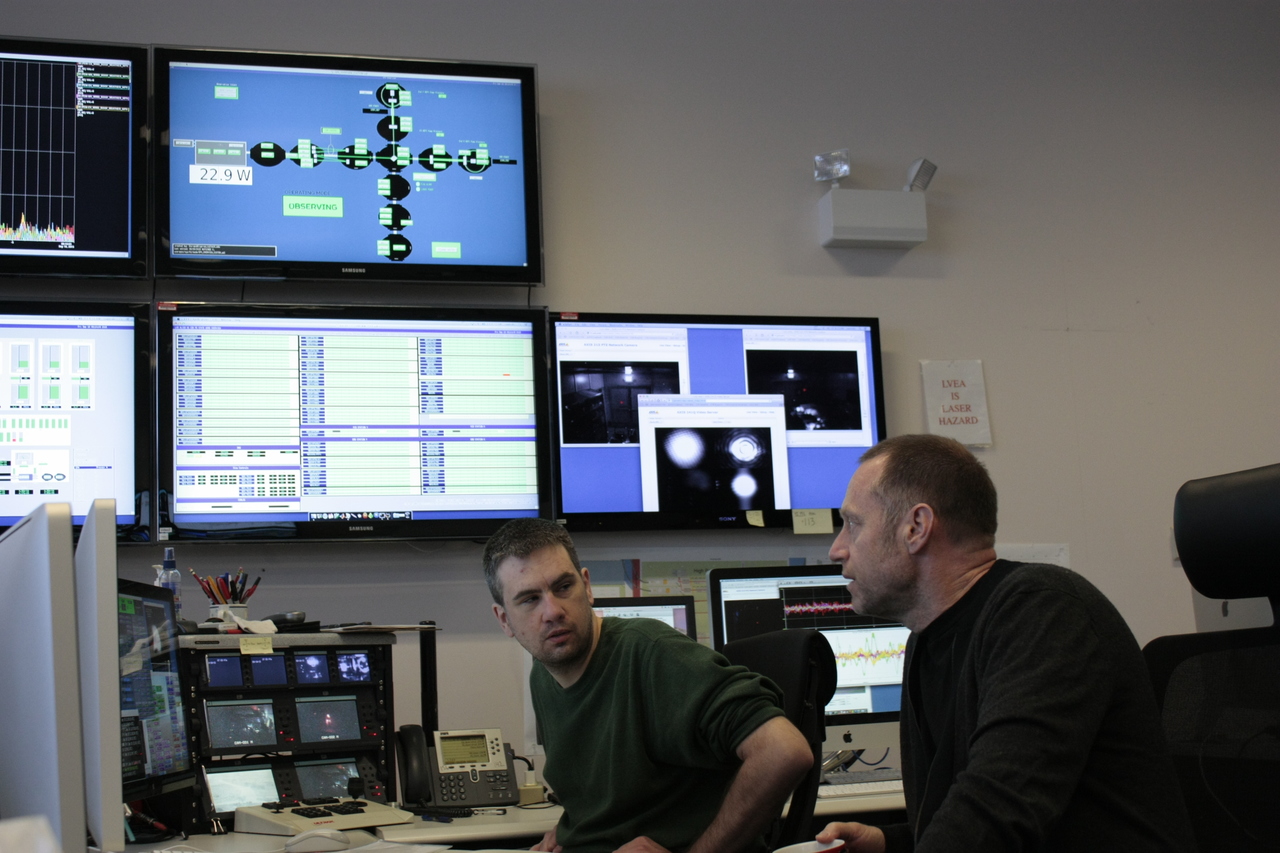 Another notable achievement on this day: LIGO’s advanced detectors are already three times more sensitive than Initial LIGO was by the end of its observational lifetime. Out of the gate, the new and improved LIGO will listen for gravitational waves from as far away as 225 million light years (70 Mpc)1, compared to the 65 million light years (20 Mpc) reachable at the end of LIGO's last search for gravitational waves (which concluded in 2010). Three times the reach in distance translates into 27 times more volume of space accessible to LIGO than before.2

LIGO Chief Detector Scientist, Dr. Peter Fritschel, weighed in on this aspect of LIGO at the start of O1:

“Everyone is very excited to be starting Advanced LIGO’s first observational run. We are actually starting these observations with an instrument sensitivity that is at the upper end of our goal for this phase. This is an impressive achievement, and we’re really looking forward to seeing the early results.”

Dr. Lisa Barsotti, principal research scientist at the LIGO Lab, shared her excitement at the beginning of this new era of gravitational wave detection:

"It will still take a lot of work to reach the final design sensitivity, but while we strive to make these detectors as good as possible, we should pause for a second and be proud. The Advanced LIGO detectors are on-line today because many, many people were not 'just' doing their job; they gave everything they had to build an incredible instrument. Now, if Nature shows us a little bit of cooperation, we will really make history!"

This first observing-run is scheduled to last 3 months, during which time both detectors in Washington and Louisiana will operate in tandem for as many hours per day as they can be kept in ‘lock’ mode (keeping both interferometers locked for very long stretches of time is a challenge, but making sure both instruments are operating with the same precision for the same times is crucial to LIGO’s mission of detecting gravitational waves).

As more observing runs occur in the months and years to come, the instruments will be fine-tuned until the detectors achieve 10 times the sensitivity of initial LIGO, listening for gravitational waves generated as far away as 650 million light years (200 Mpc).