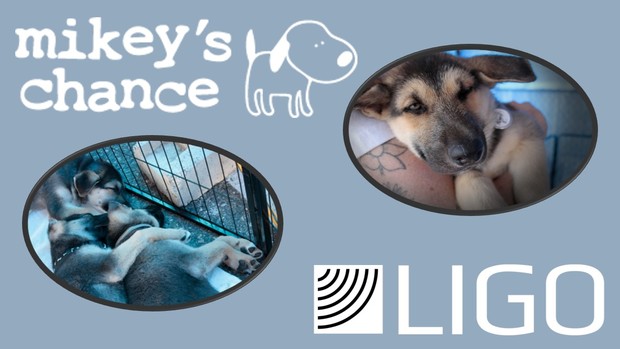 Staff at LIGO Hanford Observatory were asked by local rescue organization, MIkey's Chance, to give LIGO-themed names to a litter of 11 German Shepherd/Husky puppies.

Who doesn’t love puppies?! Well, staff at LHO loved them so much they had a chance to name a large litter of puppies being fostered by a local animal rescue organization. The puppies, fostered and supported by Mikey’s Chance (also on Facebook) were born to a stray mom on June 2nd. Comprising 11 puppies, the litter of German Shepherd/Husky mixes includes seven girls and four boys. 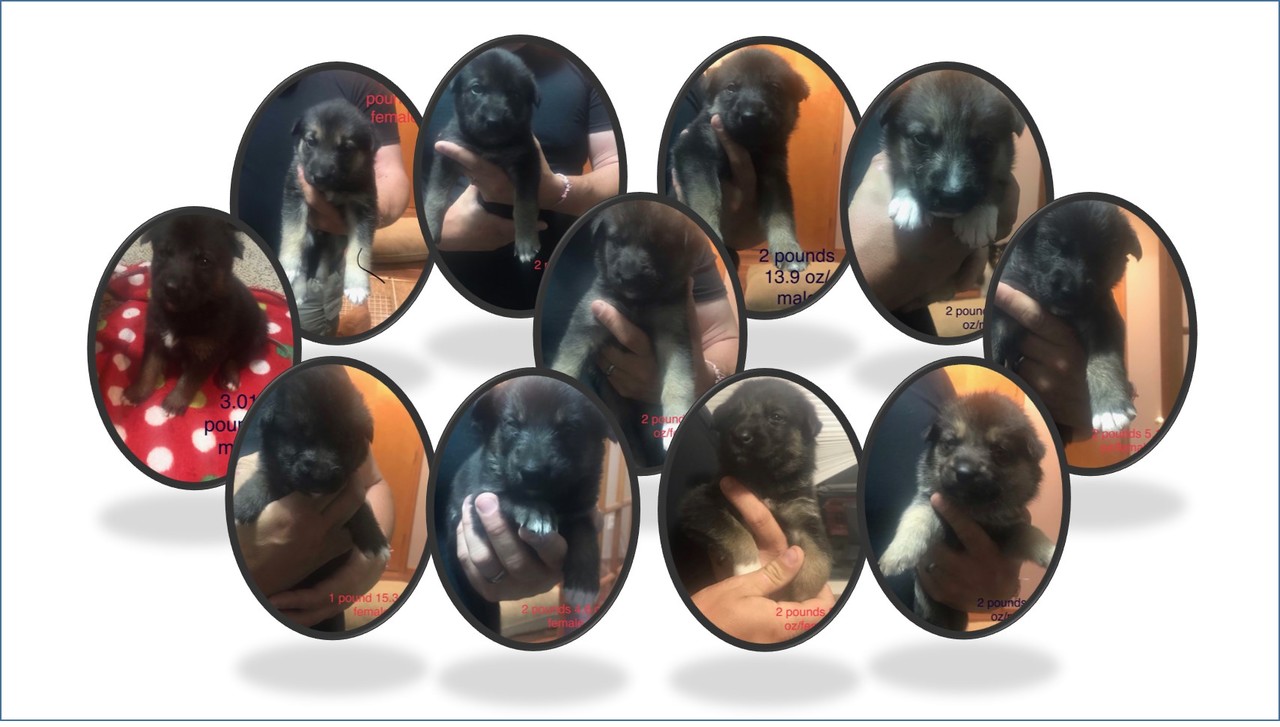 Original photos we had to work with

Ever tried to name 11 children in one family? Not an easy task, so Mikey’s Chance turned to a method that has worked for them in the past: asking a local organization to help out.

Enter LHO. LIGO Hanford Observatory was asked if they would like to give the puppies LIGO-themed names. Mikey’s Chance director Andrea Moreno, explained that giving the puppies names helps them to get adopted since it’s a lot nicer for someone to say, “I’d like to adopt Albert” than “I’d like to adopt that puppy over there, the one wearing the green collar”! Having just baby pictures (above) to go on, LIGO staff jumped at the chance, and without too much fuss, 11 names were chosen, all related to LIGO science or engineering and even some staff:

An added benefit of naming the puppies was the opportunity to meet, pet, and cuddle them at their public debut, which occurred on Saturday, August 17th, 2019 at a local PetSmart adoption event. LHO Technical Writer and Editor, Kimberly Burtnyk, was on hand to meet the puppies and take photos. Now 11 weeks old, the puppies were virtually unrecognizable from their baby portraits. Thankfully, each one had a nametag bearing the name given to them by LIGO staff. And here they are! 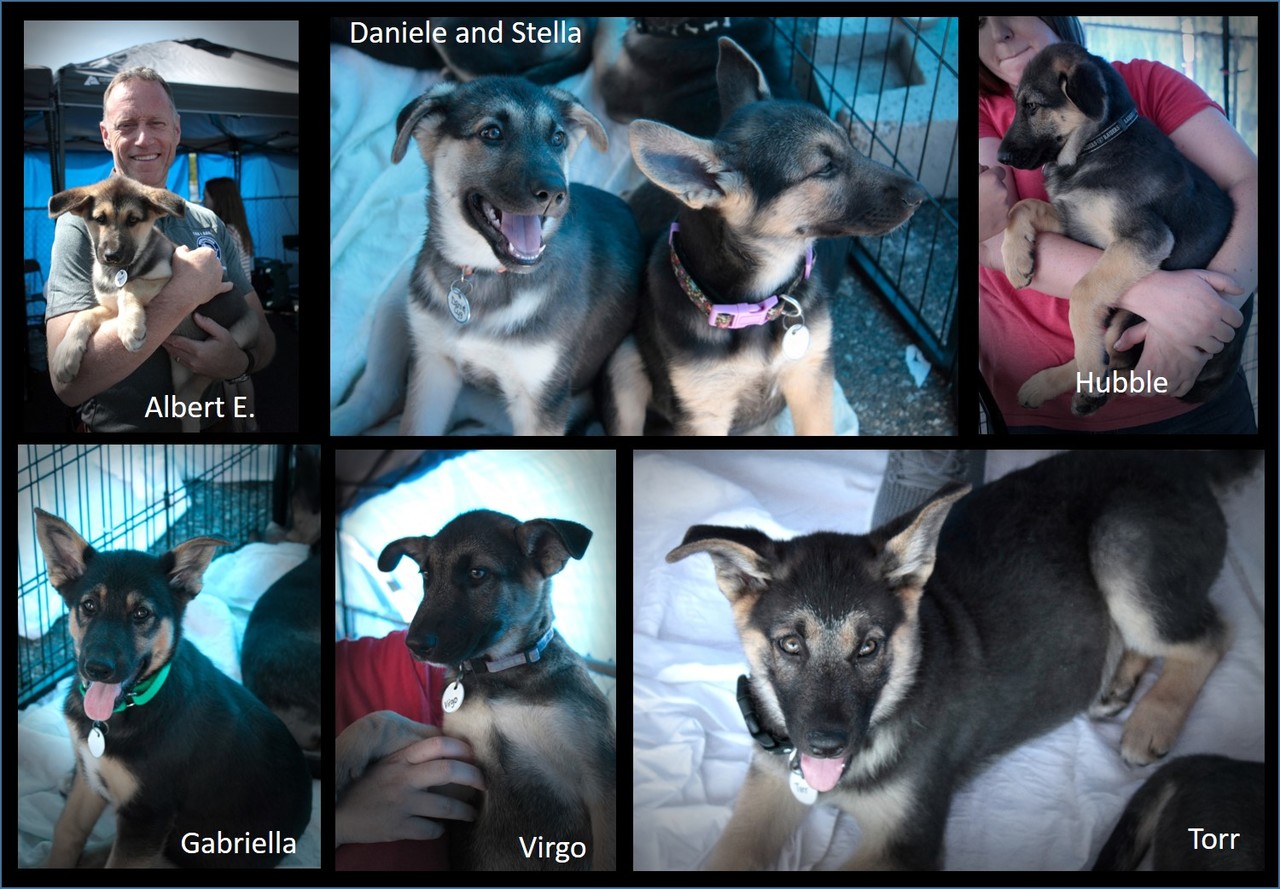 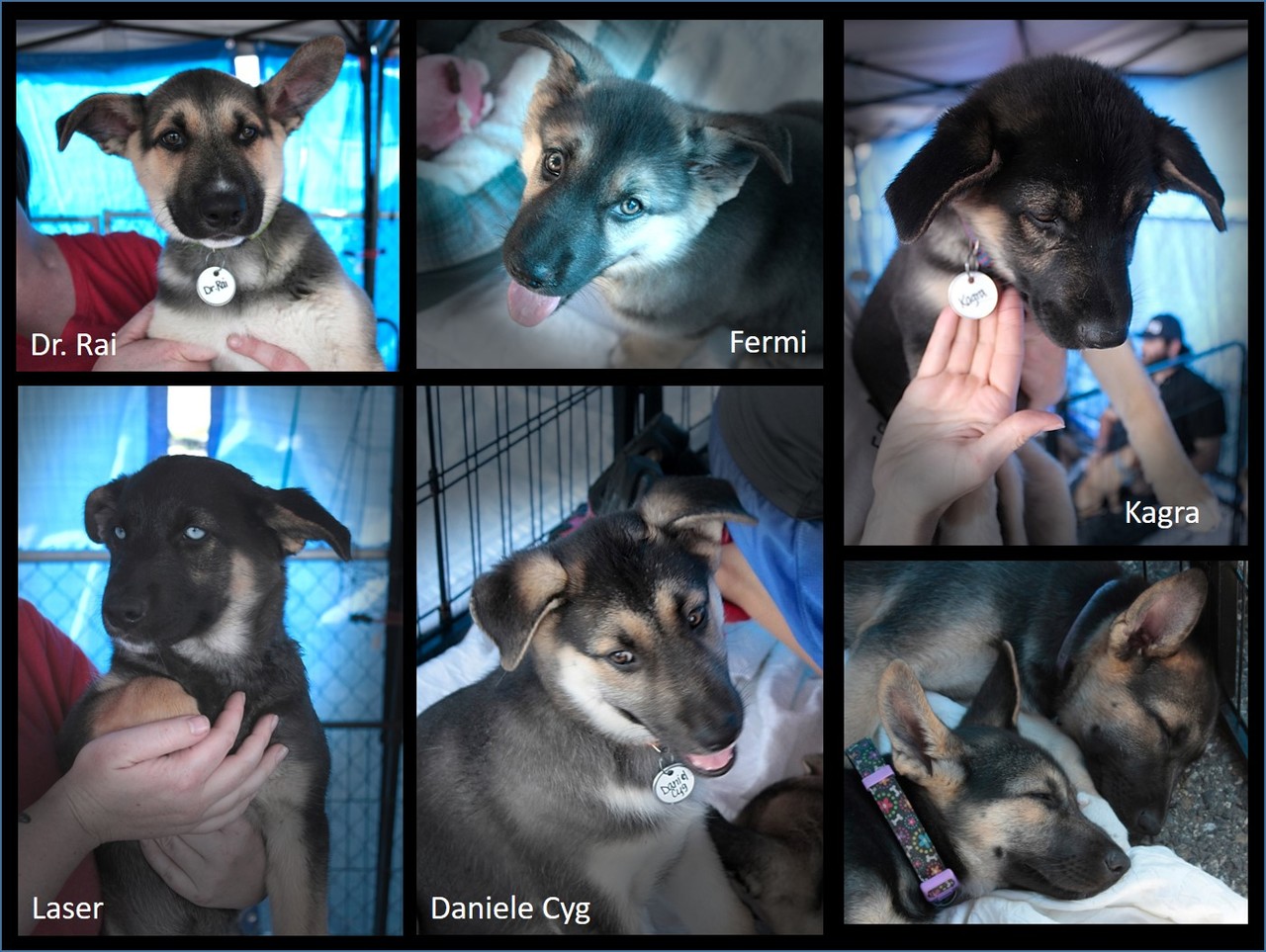 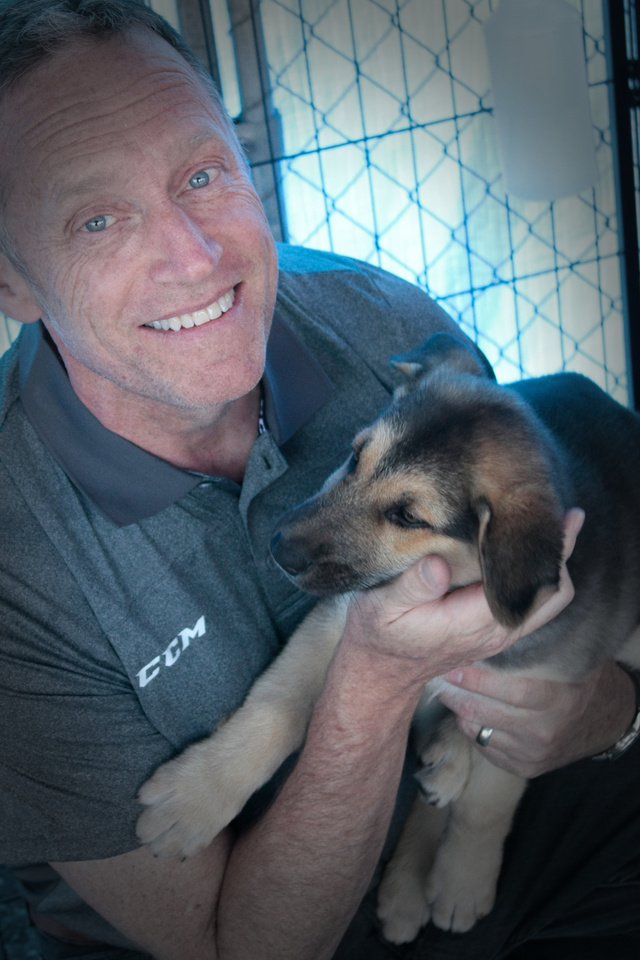 LHO Head, Mike Landry, holds one of the puppies being fostered by Mikey's Chance Canine Rescue

LIGO Hanford Observatory Head, Dr. Mike Landry, was on hand to meet and cuddle the puppies, which have been growing like weeds since LHO received their baby photos in early July. By August 17th, the 11-week old puppies already weighed in at 20 lbs each. One, Fermi, the smallest puppy in the litter, and a female, measured up at a diminutive 15 lbs. 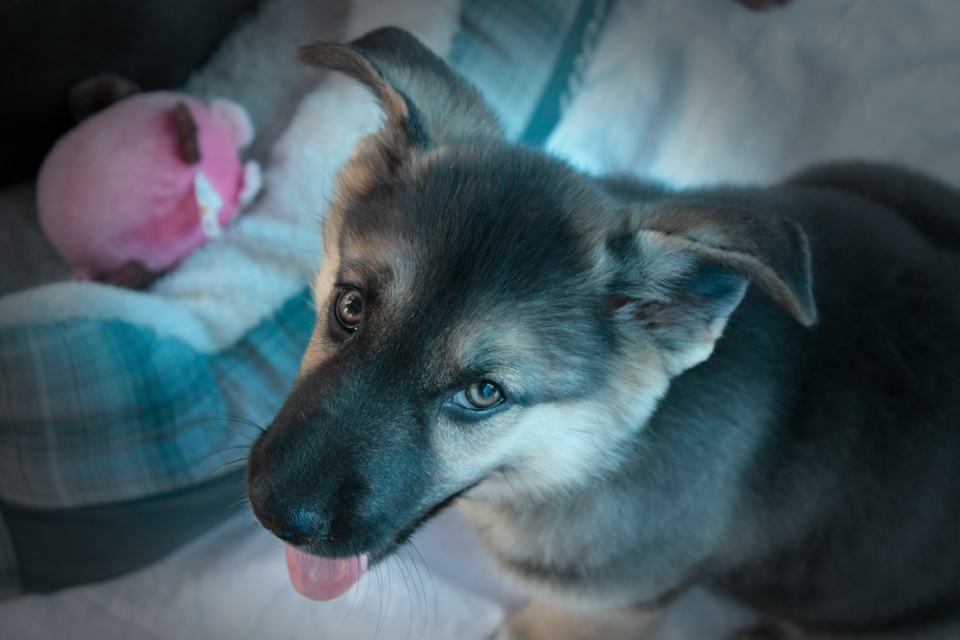 Little girl, Fermi, is the smallest and cuddliest of the litter

Already growing quickly, the dogs are expected to reach about 100 lbs each. At least that's based on how big their mom is!

While the puppies' mom has already been adopted by her foster family, the puppies themselves will soon be ready for their forever homes. If you're interested in adoping one of these sweet pups, contact Mikey's Chance (Website, Facebook) to learn more and for an application.