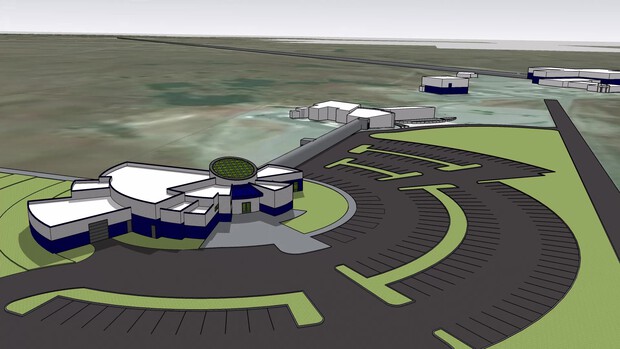 On May 21st, 2019, Washington State Governor Jay Inslee signed the 2019-2021 Capital Budget, which included $7.7M to build a “STEM Exploration Center” at LHO. The proposed facility will house 50 hands-on exhibits designed to help students learn about gravitational waves and the objects and processes that generate them, and to explain the remarkable engineering behind how LIGO can detect such ephemeral phenomena. The center will also house a classroom and a maker-space, adding new dimensions to LHO’s outreach and education programs. LHO expects to open the new facility in autumn, 2021.

“We are excited to begin construction of the STEM Exploration Center,” said LIGO Hanford Observatory Head, Michael Landry. “We have plenty of work to do before breaking ground, both on detailed designs of the facility, plus completing our Third Observation Run with the Virgo Scientific Collaboration, in which we are getting a potential gravitational wave signal more often than once per week.” 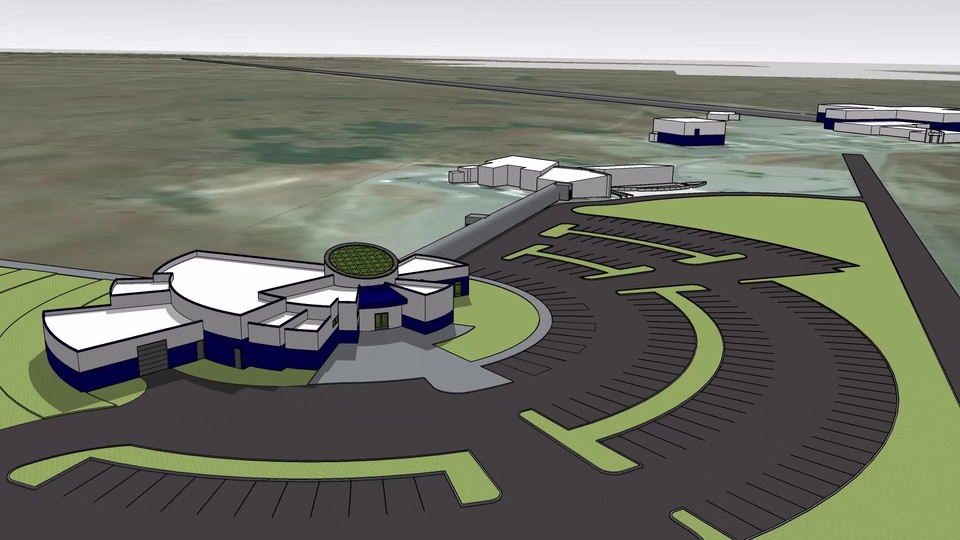 A boon to southeastern and central Washington, a region with few hands-on science-education facilities, LHO’s ‘exploration center’ will provide a unique STEM experience for close to 10,000 WA students each year, and for public visitors who come to LHO from around the world. Moreover, since LIGO announced its first detection of gravitational waves in February 2016, the number of schools wanting to visit the site for field trips has nearly doubled making it difficult for LHO outreach staff to accommodate all such requests.

“LIGO Hanford is proud of the authentic experiences it has offered young people to explore science in-the-making as their neighbors make new science, but a lack of capacity has limited the number of visitors we could accommodate," said Fred Raab, LIGO Associate Director for Observatory Operations. "This investment by the State of Washington will help leverage existing and future federal investments in LIGO and help us reach more young people with a broader and more in-depth educational experience", he added.

A dedicated education center will further enable LHO to accommodate the growing interest in LIGO’s discoveries while providing visitors of all ages with a fun science and engineering learning experience on-site at a major and active research facility. LHO Education and Public Outreach Coordinator, Amber Strunk, explained, “this funding will help fulfill a long standing dream to see an outreach center at the observatory that will serve to expand the efforts of LIGO staff to excite and inspire children of all ages."

Receipt of these funds caps many years of effort on the part of Washington’s 8th district legislators and key LIGO staff. In particular, LHO is grateful to former 8th district state representative Larry Haler, who doggedly championed an LHO education center since he attended the Advanced LIGO Dedication Ceremony at LHO in May 2015—months before LIGO’s first historic detection of gravitational waves. Haler was also instrumental in securing funding for LHO to hire an architect to generate a conceptual design of the outreach center; a significant step which brought the idea to life.

In addition, Washington State Senator Sharon Brown worked tirelessly on behalf of the students in her district to ensure that more children have a chance to experience, first hand, the groundbreaking science taking place right in their backyards.

Current 8th district representatives, Matt Boehnke and Brad Klippert, along with many other legislators, also aided in bringing this project to fruition.

Earlier this year, Rai Weiss, LIGO founder and co-recipient of the 2017 Nobel Prize in Physics for the discovery of gravitational waves, spoke to legislators in Olympia about the importance of an education center at LHO. In hearing the news of the State budget, Weiss said, “I am just delighted that the State of Washington wants to make such an investment in capturing the curiosity and interest of the public about the world around us.”

An award of this magnitude can only be realized through wide-spread support and belief in the mission and its potential to enhance the lives of the State’s residents. LHO is also grateful for the letters of support provided by its long-standing educational partners in Washington—local colleges, collaborations, and school districts—all of which believe strongly that a facility like this will greatly improve science education and student enrichment in this part of the state.