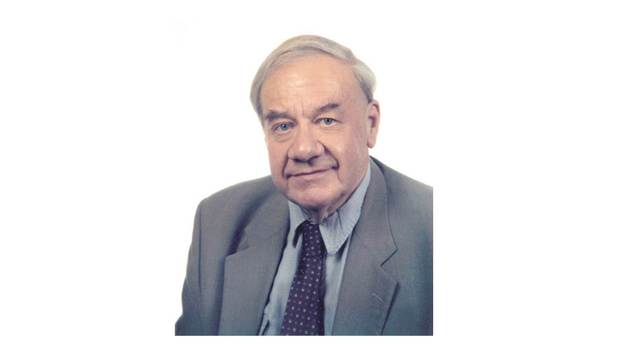 The University of Glasgow’s School of Physics and Astronomy has received a bequest of £500,000 from the estate of Professor Ronald Drever to fund a scholarship in his name. Professor Drever, who passed away in March 2017, played key roles in establishing gravitational wave research at the University of Glasgow, before moving to the United States in the 1980s to co-found LIGO. His work helped lay some of the foundations for the LIGO collaboration’s historic first detection of gravitational waves in September 2015, a century after their existence was proposed by Albert Einstein.

Researchers from Glasgow University’s Institute for Gravitational Research recently made major contributions to the first and subsequent detections, designing and building the mirror suspensions at the heart of the detector and undertaking leadership roles in the massive data analysis efforts which underpin each detection. Professor Drever’s partners in the early days of LIGO, Professor Kip Thorne and Professor Rainier Weiss, received this year’s Nobel Prize for Physics for their work on gravitational waves and the LIGO/VIRGO collaboration, along with Professor Barry Barish, who helped bring the project to completion.

The University of Glasgow anticipates that the new Professor Ronald Drever Scholarship in Physics and Astronomy will fund one postgraduate position at the University’s Institute for Gravitational Research each year in perpetuity.

“In the three decades since Professor Drever left the University, we’ve made huge steps forward at the Institute for Gravitational Research and as part of the LIGO and Virgo collaborations. We’re looking forward to continuing our work with the assistance of postgraduate students so generously funded by the Drever family.”

“The family are delighted that Ronald’s life work was demonstrated during his lifetime, and his legacy will provide the opportunity to further this ground breaking research over the years to come. Ronald received bursaries at crucial points in his early studies, and it is brilliant that the historical investment in Ronald can be perpetuated, supporting future physicists in this field.”

Born in Bishopton, Renfrewshire in 1931, Drever graduated from the University of Glasgow in 1953 and received his PhD in 1959. He joined the University as a researcher after he received his doctorate, and established Glasgow's first dedicated gravitational wave research group in 1970. One of his PhD students, James Hough, went on to found the University’s Institute for Gravitational Research, expanding the Institute at Glasgow to a world-recognized center of expertise, and continuing to actively contribute to the University’s gravitational research today in his role as Emeritus Kelvin Chair of Natural Philosophy. In 1984, Drever moved to Caltech, where research begun in Glasgow contributed to Drever's, Thorne's, and Weiss’ original proposal for LIGO, submitted to the U.S. National Science Foundation in 1989. Twenty-six years later, LIGO detected the first direct gravitational wave signals, proving for the first time that the ripples in spacetime proposed by Albert Einstein in 1916 were real.

Since that first detection, a total of six confirmed detections have been made by the international LIGO and Virgo collaborations, forming the basis of the new field of gravitational wave astronomy.

Professor Sheila Rowan, director of the Institute for Gravitational Research since 2009 said: “It’s been just over two years since the first gravitational wave detection and we’ve already learned so much new information about our universe. This bequest and scholarship will allow us to welcome more postgraduate students into gravitational wave research, and we’re delighted by the generosity of Professor Drever and his family”.

The first Professor Ronald Drever Scholarship in Physics and Astronomy is expected to be presented to a postgraduate student next year.

For more information contact Ross Barker in the University of Glasgow Communications and Public Affairs Office on 0141 330 3535 or email ross.barker@glasgow.ac.uk